Why do you visualize data? 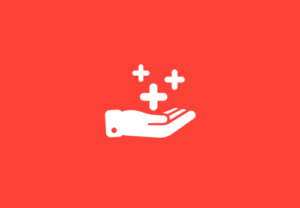 My favorite question to ask when I present on Tableau and data visualization is: Why do you visualize data? This question has produced so many insightful answers that I’ve made it a standard discussion whenever I visit new places. The conversation provides an opportunity to learn what’s important to different industries and how they’re leveraging visualization to meet their objectives. I’ve seen firsthand that the answer to this question is not as simple as: Visualization helps you understand data. It’s been fascinating to witness the evolution – revolution, perhaps – of static, crosstab outputs to interactive, self-serve analytics that have been made possible through tools like Tableau. But we aren’t done growing yet. While the practice of data visualization is more than two centuries old, many have yet to buy in. This means we, as data visualization practitioners, have a huge opportunity (and I believe responsibility) to add value by proving the worth of visualization and driving adoption. This post provides my answer to the question: Why do you visualize data? In addition, I share my personal exercise for getting stakeholders to buy in to the value of data visualization.

The Best Data Visualization Tip I Learned in Third Grade

This is the fifth and final post in a series of important data visualization lessons I learned while in grade school. Other tips include know how you’re being measured, trust your intuition, don’t jump to conclusions, and always add value. Believe it or not, I’ve never lost a game of checkers. I admit that I stopped putting my streak on the line after a couple years of playing, but I’ve never lost a game of checkers! I think the reason I was able to succeed with checkers is that I learned how to play chess first. When I was seven years old, I was lucky to have a babysitter that taught me how to play. I think the only reason I was interested in learning is because they had these one to two-foot chess pieces that I was enamored with. Having learned the game of chess a couple of years earlier, picking up checkers in third grade came very naturally. For a time, checkers was the game of choice in my third grade after-school program, and there was a rule where the “winner stayed” (or got to keep playing). Maybe I didn’t lose because I NEVER MOVED MY BACK ROW. Joking aside, I don’t remember what strategy led to my success, but I do remember that it was pretty great being a master of checkers. This is a theme I’ve attempted to carry on in my career, and I credit most of my biggest successes with a relentless dedication to the fundamentals. This post shares some examples, data that supports why this might be important to your audience, and a few tactics to consider moving forward.

The Best Data Visualization Tip I Learned in Fifth Grade 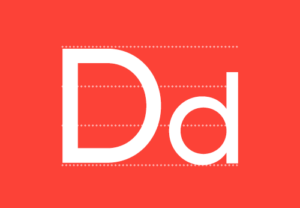 In many places it’s Spring Break, so I thought what better time than now to write the final two posts in my series about data visualization tips I learned before I was a teenager. If you would like to catch up, review the data visualization lessons I learned in sixth grade, seventh grade, and first grade. When I was in fifth grade, I attended a special field trip where each student chose an occupation and ‘went to work’ for the day. This wasn’t a ‘bring your child to work’ type of day. This was a district-wide event where the faculty set up an imaginary town, the students were assigned roles, and we ran things for the day. You could choose from positions such as police officers (making sure peers didn’t walk on the artificial grass), post office workers (delivering messages across the town), and retail workers (selling products to customers who had earned money), among many other options. Being the ambitious eleven-year old that I was, I set my sights high and became…. a factory worker. It was slightly more prominent, I guess; I was a factory manager. My instructions were simple: create bags of varying sizes by attaching handles and give them to the other students who could use them to carry around all the cool stuff they were buying (didn’t these people have jobs?!). Come to think of it, this was probably the second or third worst job I’ve had in my lifetime, but I learned an important data visualization lesson. In addition to the captivating role of attaching the handles, our team of factory workers also had the invigorating responsibility of writing the recipients’ names on the bags. I think out of sheer boredom, the idea to customize the bags for a fee was born. We would draw on the bags or take custom requests, and in exchange the recipients gave us money. Turns out the bag factory was a non-profit service supported by the town’s fake government, so after the teachers caught wind of what we were up to, our efforts were frowned upon. But I learned an important lesson: There is almost always an opportunity to add value. 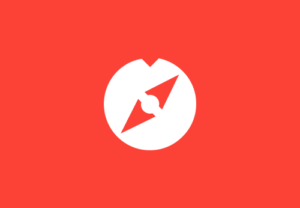 According to Google’s dictionary, a mission statement is “a formal summary of the aims and values of a company, organization, or individual.” Some of these stated missions are quite broad, leaving a lot of runway to innovate while keeping track of the business’ original purpose. Consider Microsoft’s, “Our mission is to empower every person and every organization on the planet to achieve more.” Others are laser-focused on a specific product, such as Honest Tea’s, “to create and promote great-tasting, healthy, organic beverages.” For me, a great mission statement is short, incorporates primary values, and provides some direction. The most important aspect of mission statements is that they help in decision making because they remind stakeholders of the purpose at hand. The idea is that these short statements can scale to keep everybody pulling in the same direction. You’ve likely at least heard of mission statements, if not a few famous examples, but have you considered them in the context of data visualization? This post shares my data visualization mission statement and how it helps me solidify some of my opinions including why I believe data visualization is superior to spreadsheets and why I don’t use pie charts. 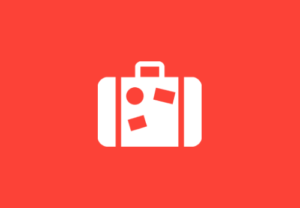 Last week, I had the honor and privilege of participating in the Asia-Pacific (APAC) Tableau Zen Master Tour. The tour was a whirlwind of nine presentations to more than 1,400 Tableau customers over five days and two countries – beginning in Tokyo, Japan and culminating with the Data Day Out event in Singapore! Along for the journey were Pooja Gandhi of Comcast and Andy Cotgreave of Tableau.  We were also joined by David Murphy of Google, the only Tableau Zen Master in the region, for the Singapore leg of the trip. I would also be remiss if I didn’t mention Sarah Kurian of Tableau, who traveled with us and was instrumental in the planning of the event. She kept us on schedule and made sure we never forgot the hashtags #zentour and #datadayout ???? The trip was packed with highlights for me both personally and professionally. One of my favorite aspects of the tour was getting to know my travel companions better. It was fascinating to be along for the ride to see the masters at work. I also learned, or was reminded of, three powerful data visualization lessons that I want to share.